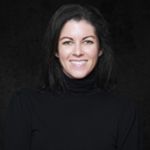 Emily Bailey Berry is Co-Founder & President for GGBAILEY, LLC and Co-Owner, Head of Sales & Director of New Business for RACEMARK International, a certified tier-one global OEM supplier of automobile floor mats and interiors. Ms. Bailey manages all OEM Sales and Aftermarket activities for GGBAILEY including direct to consumer and B2B sales channels for Amazon, Carmax, Home Depot and Walmart. She is also Founder & CEO of BAILEY BERRY, LLC a lifestyle brand with distribution online, in department stores, hotels, private clubs, and boutiques. Ms. Bailey serves on the Sacred Heart Greenwich Board of Trustees, as well as on the board of the Double H Ranch, a Paul Newman SeriousFun Camp for seriously ill children. 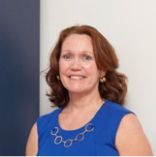 World-renowned Engineer andDirector of Research, Internet of Things. Ms. Greco holds two B.S. degrees in chemistry and in communications, from Cornell and SUNY. A 38 year IBM veteran, Ms. Greco joined the company in 1981, in Research & Development. Ms. Greco is currently focusing on IoT technology for both hardware and software to harvest the data from sensors. In addition, Ms. Greco is working with IBM’s Maximo team to create interactive work orders that become the basis for learning and then sharing the expertise of the engineers, technicians, or anyone who performs the corrective action. She holds 21 patents.

Senior Education Manager for the International   Space Station.  In this role, she supports large-scale use of the ISS by students, teachers and the public.   She does this work through the Center for  Advancement of Science in Space (CASIS) and the Space Station Explorers program.  Previously, she was NASA Education Specialist, Director of STEAM for the Florida Afterschool Network , and classroom educator for fourteen years.  Throughout her career, she has focused on Space Science education, student achievement through inquiry-based learning, innovative curriculum, and educator empowerment through training. 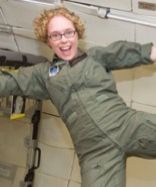 An engineer, planetary scientist, and simulation astronaut. She is motivated by a passion for human space exploration. Dr. Caswell is the pacewalk Operations Engineer for KBR, Inc. and previously the New Shepard Capsule Controller at the private aerospace company Blue Origin. Dr. Caswell received her Ph.D. in Planetary science from Brown University, served as a NASA simulation astronaut as part of the crew of HERA XI, and worked in Mission Control for the International Space Station. 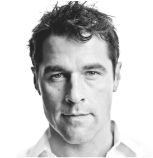 Drew is one of the co-founders of JUST – formed to drive positive social and environmental impact in everyday items while creating awareness around energy, food and water. Drew was responsible for incubating JUST’s first major project, JUST Water, which was started to reduce the plastic use and emissions in bottled water packaging. JUST Water has also redesigned the way water is acquired by creating the first public/private water model in history assuring that our water is ethically sourced and conserved. Drew is the co-founder of the SDG Engine. A two-sided digital marketplace to connect social entrepreneurs with stakeholders who have needs pertaining to achieving the United Nations 17 sustainable development goals. Drew is one of the founding advisors of The Prime Coalition – a revolutionary, and proactive, Cambridge- based, non-profit that is successfully steering philanthropic capital to direly-needed, early-stage, clean energy technologies. Technologies which, when at scale, are capable of reducing a billion tons of Carbon emissions from the atmosphere annually. At the same time, The Coalition is currently working with The Whitehouse and the U.S. Department of Treasury to clarify the United States Tax Code to legally denote “climate change” as a charitable cause. Drew also serves as a design advisor to change: WATER Labs, a Cambridge-based accelerator developing transformative, clean water access technologies for developing countries. Outside of JUST activities, Drew also serves as the Creative Director for the School of Civil and Environmental Engineering at the Massachusetts Institute of Technology in Cambridge, and a creative advisor to the MIT Plasma Science and Nuclear Fusion Center. He serves as a creative advisor to The Redford Center – an environmental and social impact educational foundation founded by Jamie and Robert Redford. In 1996, Drew founded and still operates Facet Creative in Los Angeles. Facet develops strategic and creative work across several segments for the following clients: General Motors, Universal Music Group, Sony Pictures and Columbia records, and PBS. His work with individual clients includes: Calvin Harris, Enrique Iglesias, Marc Anthony, Pharrell Williams, Will Smith, Jada Pinkett Smith, Queen Latifah & Lionel Richie

Prior to Facet and JUST, Drew served as an Art Director and then Creative Director of Urban Music and Soundtracks at MCA Records / Universal Studios. He is a graduate of Syracuse University.

Ana Boburg Nystedt is Computer Science faculty at the Upper School of Sacred Heart. Before joining Sacred Heart 3 years ago, she held computer industry positions as a Systems Analyst and Software Engineer creating bespoke software solutions for different organizations, including the Inter-American Development Bank in Washington, DC where she was a project manager and helped oversee the country offices located in all the Latin American countries. She has experience creating systems from their conception to their deployment, including requirements analysis, system design, system development, testing, system deployment, and user training. She has worked with many programming languages (C, C++, Java, Python, R, Swift, Visual Basic, assembler, SQL, etc), databases, and operating systems. Her current focus is now on physical computing and machine learning. She is currently teaching AP Computer Science, Introduction to Programming, and a Post-AP Computer Science course. Ana holds a degree in Systems Engineering, Informatics, and Computer Science, an MSc in Software Engineering & Management from the Rochester Institute of Technology, and a Graduate Certificate in Data Science from Harvard Extension School. She is a Fulbright scholar and a Member of CSTA, IEEE, and ACM. 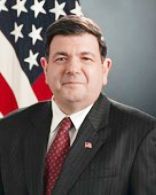 An American scientist who leads Physical Sciences and Government Programs, globally for IBM, Mr. Lemnios received his BSEE from the University of Michigan and his MSEE from Washington University in St. Louis. Mr. Lemnios formerly held the post of Assistant Secretary of Defense for Research and Engineering (ASD(R&E)) in the United States government during the Obama administration. Mr. Lemnios was confirmed by the United States Senate in June 2009, and later resigned in 2012, leaving the Pentagon to join IBM. Before assuming the position of ASD(R&E), Mr. Lemnios was the Chief Technology Officer of MIT Lincoln Laboratory. Mr. Lemnios has authored over 40 papers, holds 4 patents in advanced Gallium arsenide device and MMIC technology and is a Fellow of the Institute of Electrical and Electronics Engineers.

Melissa Pecullan is a faculty member in both the Science (physics) and Mathematics departments in the Upper School at Sacred Heart Greenwich. Before joining Sacred Heart in 2020, she worked in both the pharmaceuticals and financial services industries. Melissa spent fourteen years at Pfizer in a variety of positions in the areas of data science and market research. Most recently, she led Pfizer’s Business Analytics and Insights function for North America. Prior to that, she established and led the analytics team for Pfizer’s off-patent portfolio globally. Before Pfizer, Melissa was a consultant at Oliver, Wyman & Company, an international management consulting firm focused on financial services clients. At Oliver, Wyman she executed projects in the retail banking, insurance, and institutional banking practices, working with clients in the United States, Canada, and Singapore. Currently, Melissa teaches Honors Physics and Honors Algebra II with Trigonometry. She holds a Ph.D. in Mechanical and Aerospace Engineering from Princeton University and a BS in Mechanical Engineering from the Thomas J. Watson College of Engineering and Applied Science at Binghamton University. She is a member of the National Council of Teachers of Mathematics (NCTM) and the American Association of Physics Teachers (AAPT).

American biochemistry researcher, retired NASA astronaut, and former NASA Chief Astronaut, Dr. Whitson received a B.S. in biology and chemistry from Iowa Wesleyan College and a Doctorate in Biochemistry from Rice University. Dr. Whitson began her career with NASA in 1989, holding various titles during her 29-year career. In 2002, Dr. Whitson embarked on her first space mission, an extended stay aboard the International Space Station as a member of Expedition 5. In 2016, Dr. Whitson flew on Expedition 50/51 and participated in four spacewalks, bringing her career total to ten. With a total of 665 days in space across all missions, Dr. Whitson holds the U.S. record, placing eighth on the all-time space endurance list. 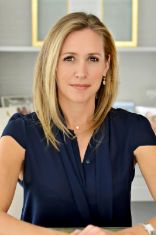 Molly graduated from Stanford University with a BA in Political Science in 1995. While at Stanford, she was a member of four consecutive NCAA Championship Women’s Swimming and Diving teams and was Captain of the Diving team in 1994 and 1995. Additionally, she was a member of two USA Diving World Championship teams. After Stanford, Molly attended the University of Chicago Law School before moving back to the Bay Area, where she worked in consulting for Arthur Andersen, first in San Jose, then in Los Angeles and New York City. Since 2002, Molly has focused her time on her three children and supporting non-profit work in the areas of education and sports. Between 2013 and 2015, Molly spearheaded a campaign to bring the Darien, Connecticut school system into compliance with federal laws regulating the rights of children with disabilities. Her work was featured in the Wall Street Journal and resulted in a complete restructuring of the district’s policies and personnel. Molly’s interest in STEAM comes from her engineering father, step-father, grandfathers, and children. To honor her step-father, Molly conceptualized and assisted in the development of the Neil Armstrong STEM Scholarship, a four-year, $20,000 award for a high school student in the local Telluride Mountain area. In addition to serving on the Sacred Heart STEAM Advisory Panel, Molly serves on the Women’s Sports Foundation’s Board of Trustees, is a member of the Stanford University Athletic Board and is a Trustee of the Eagle Hill School in Greenwich, Connecticut.

Alyssa Carson, also known by the call sign Blueberry, is an American student with the goal of training as an astronaut and being selected for future human spaceflight to Mars. She was inspired at age 3 by the Nickelodeon series The Backyardigans and went on to attend U.S. Space Camp in 2008. She has also attended other space camps in Laval, Quebec and in Izmir, Turkey. In 2013, she was recognized by NASA as the first to visit all 14 NASA Visitor Centers in the United States and sat on the NASA Mer 10 panel at age 12 discussing future missions to Mars in the 2030s. In 2019 she enrolled at Florida Institute of Technology studying Astrobiology and has also previously attended International Institute for Astronautical Sciences enrolling in Possum Academy at age 15. Alyssa received her applied Astronautics certification at age 17, certifying her to do research missions in suborbital space. Known for The Mars Generation (2017), Pickler & Ben (2018), Steve Harvey (2014), El hormiguero (2017) as some of the shows and movies she has been in. In 2022 Alyssa was selected as only 5 Influencers/Ambassadors in the world (only one in US) to work with NATO.  Alyssa is a member of the The Explorers club as the youngest full member accepted. Alyssa has her rocket license, Advance scuba certification (with full face), Pilot license, skydiving class A license, and a certified Aquanaut.